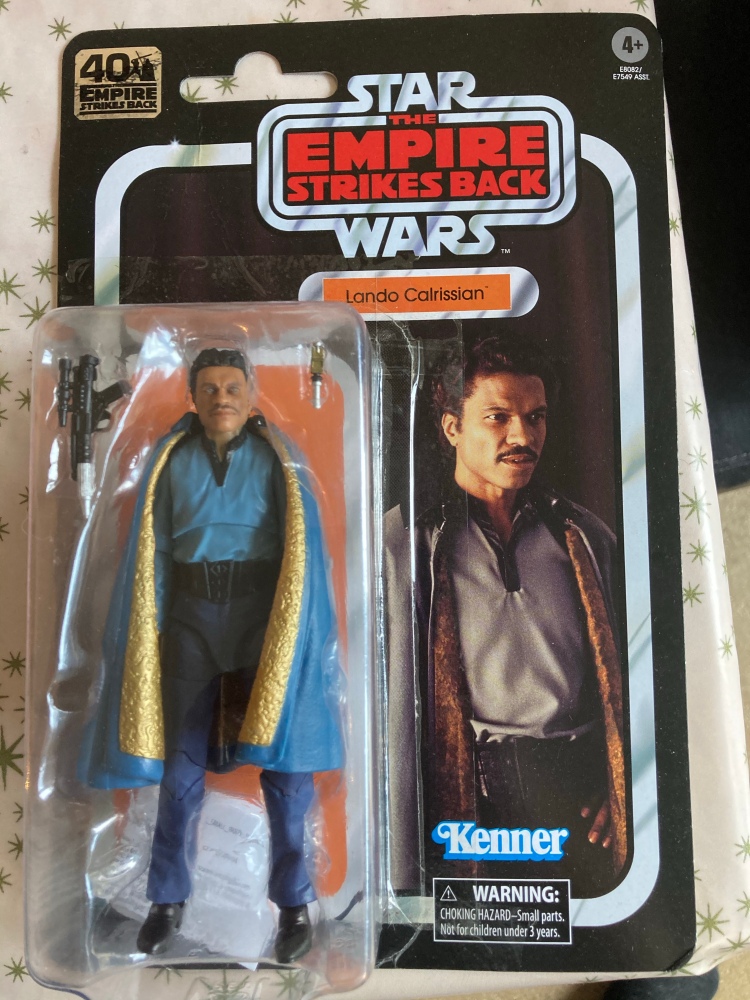 “Hello, what have we here?”

When I dove into ‘The Black Series’ figures and started getting the 40th Anniversary series for ‘The Empire Strikes Back’ I debated buying the Lando figure.

Had to had not long released a Lando from ‘The Empire Strikes Back’, which looked pretty good in terms of the sculpt and the design, in the (then) regular black and red box, and the price was pretty good, but I could never pull the trigger because I didn’t think having an ‘Empire’ Lando in a regular box would be aesthetically pleasing on the wall. As it turned out, the 40th Anniversary version was just a repack of that figure (look at me doing research).

I finally pulled that trigger on Amazon Warehouse, knowing the packaging would be a bit dinged up in places and when it arrived it was slightly worse than I expected, with the blister pack loose, however a couple of strips of well placed sellotape have made the packaging look almost like new… 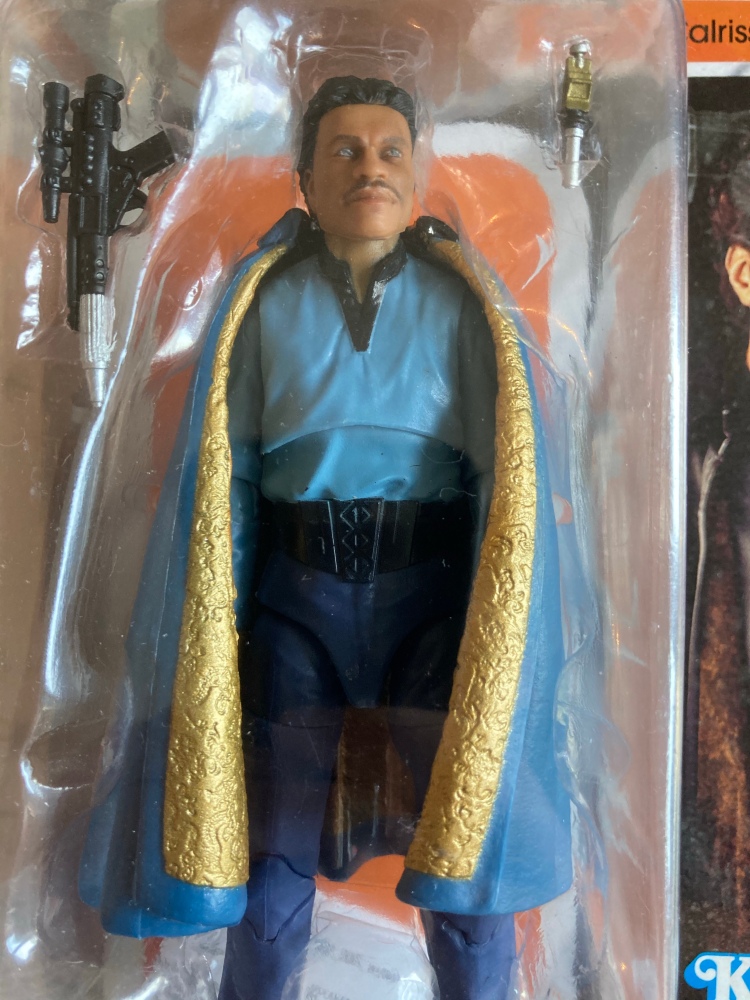 The sculpt looks great, the likeness to Billy Dee Williams is uncanny, seeing as the new cast are scanned so that the sculpts are spot-on, being able to do it for the cast in the older films is impressive and this is one of the best I have seen.

The outfit looks great and the detail on the cape gives Lando a regal look. I’m pleased that Hasbro went with a moulded cape over a soft goods one, I can’t imagine a fabric one would hold up as nicely with this figure. However, as an in-box displayer, I wish I could see more of the details on the figure that the cape hides (just no winning is there).

The accessories are spot on, Lando’s blaster is instantly recognisable from the films, however I don’t recall him ever using this model in ‘The Empire Strikes Back’, instead he used one of the E-11’s he and his security took from the Stormtroopers. The communicator/microphone however is straight from the film, which he uses to make the evacuation announcement to the citizens of Cloud City.

In terms of the packaging, I’m a huge fan of the 40th Anniversary throw-back to the old Kenner style card-backs. They look great and, through a stroke of genius, the fact this figures card is a bit battered feels like a genuine figure kept since its release.

If you would like to support ‘My Star Wars Life Debt’ please visit the SUPPORT PAGE to see how or head on over to the new PATREON PAGE.