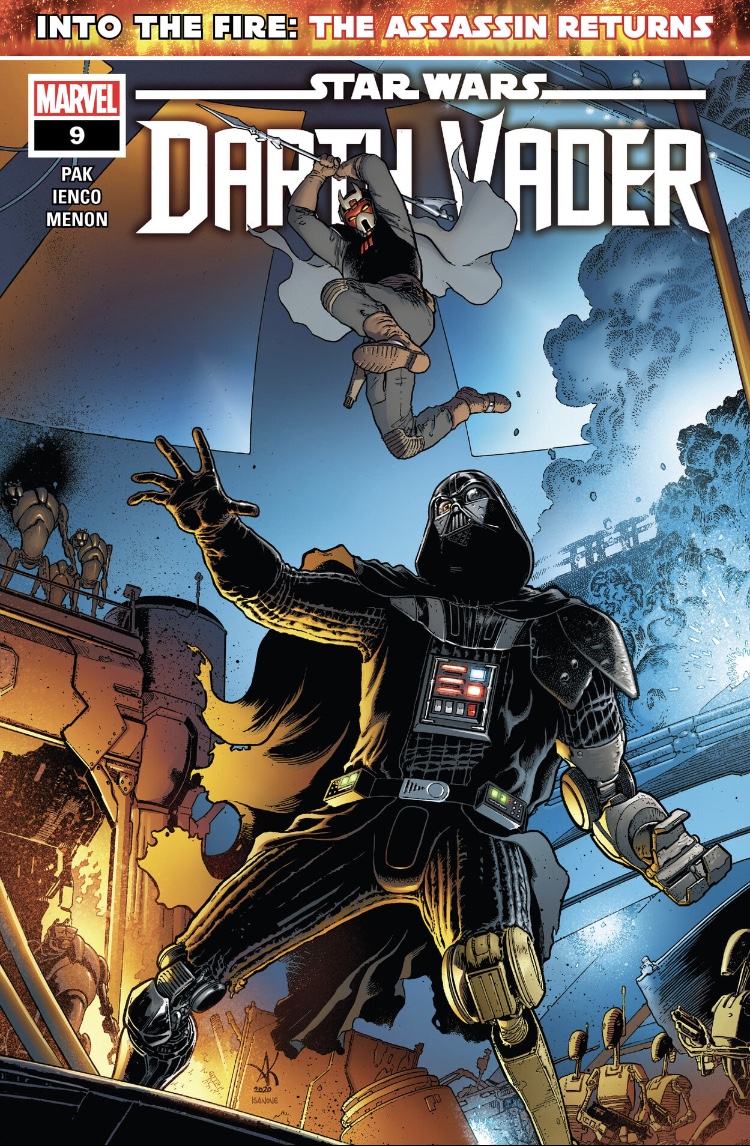 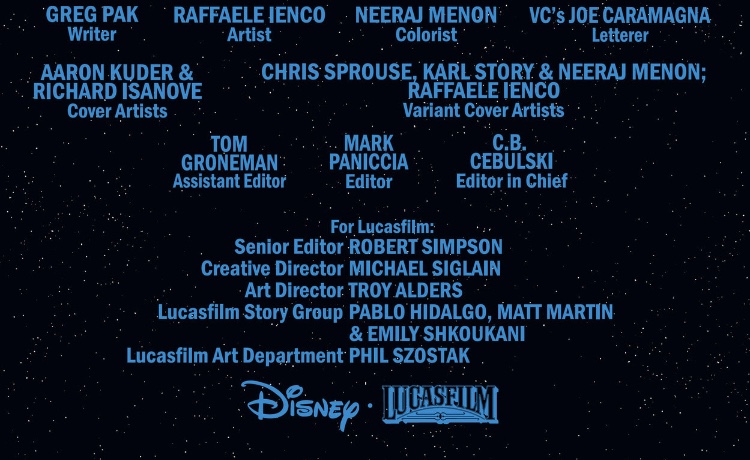 On the run from Ochi’s Droid Assassins, most of the issue is taken up with action as Vader destroys the Droids.

Once they are vanquished, he threatens Ochi’s life, forcing the assassin to help him hook up the Wayfinder to the Jedi Interceptor used by Anakin Skywalker to reach Mustafaar in ‘Revenge of the Sith’.

Taking Ochi with him by connecting their ships, Vader arrives at the Red Nebula on the path to Exogol where they encounter a strange monster in space.

Personally, this arc is starting to drag. Every issue there’s more enemies to slice apart with a lightsaber and a few quips from Ochi, a bit of exposition and lore and then a cliffhanger. The cliffhanger Incan live with, it gets us pumped for the next issue, but right now the rest of the issue is just a repeat of the last couple in terms of plot points.

There were two things about this issue that stood out for me, the first, one of the Assassin Droids manages to slice a component off of Vader and goes on about how Vader is made up of outdated parts, something we already knew but I think that this was the first time it’s actually been mentioned in a story. The second, they finally get off of Mustafaar, and Ochi explains how to connect a Wayfinder to a ship’s navigation system.

I’m still not a fan of Ochi’s character here. He’s in no way a threat, he’s actually scared of his Assassin Droids and ends up being dragged along for the ride to Exogol, for no other reason that I can see, than to have someone on hand for Vader to talk to on Exogol. Seriously, leave Vader to be stoic and have him narrate the next couple of issues, dump Ochi on some planet somewhere until it’s time for him to hunt down Rey.

One saving grace is the art. Ienco has been a saviour for this arc for me, his design of the cobbled together Vader continues to be a great way of changing the character visually and still have him maintain his imposing presence, and some of the panels where Vader is in shadow are beautiful.

Unfortunately, this was a mostly disappointing issue and what, for me is a disappointing story arc. I had high hopes after the fantastic previous arc but the quality now is on a downward slide and I hope it really picks up over the next two issues and gives us a decent pay-off.

If you would like to support ‘My Star Wars Life Debt’ please visit the SUPPORT PAGE to see how.