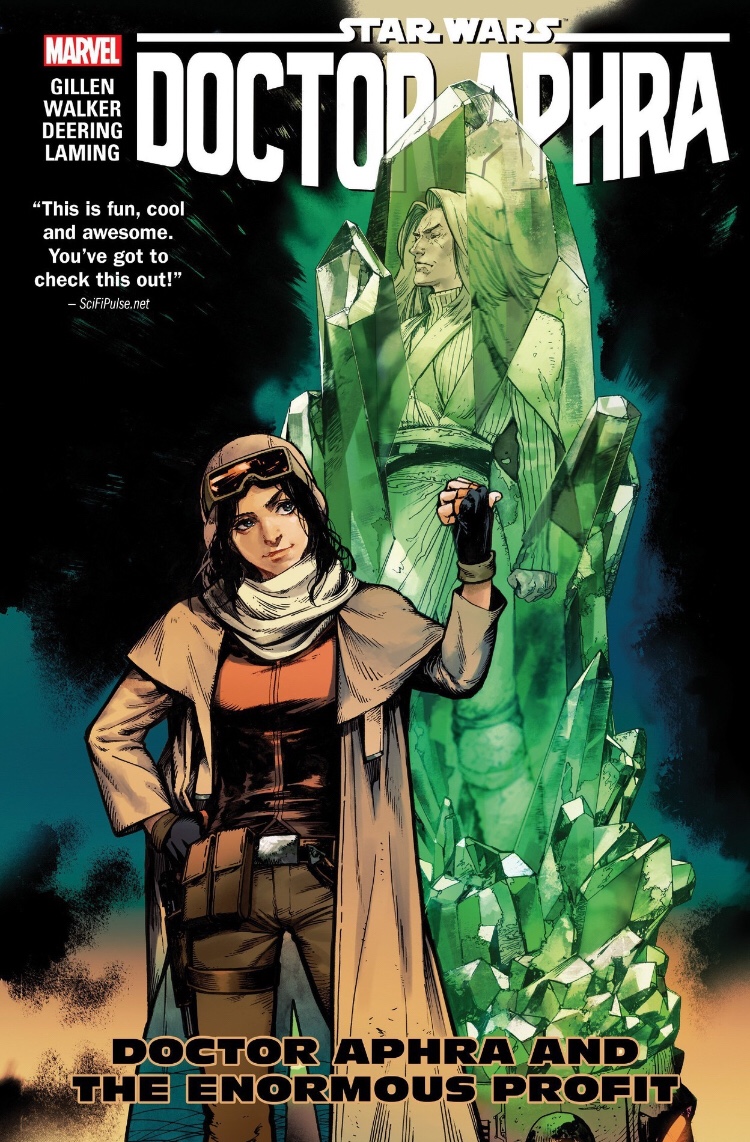 After my recent foray into the Charles Soule ‘Darth Vader’ series and my growing disappointment in those comics, and the recent release of th new ‘Doctor Aphra’ series I have decided to jump back and dive into the first run of ‘Doctor Aphra.’

Of course, I have already started my readthrough of the series, which you can read here, Doctor Aphra Vol. 1 – Aphra.

The second volume starts with the first Annual which tells the backstory of Black Krrrsantan and his time as a Gladiator who had cybernetic hands attached to make him a better fighter.

Of course it loosely ties into the main story, but the connection is quite minor in terms of the overall narriative.

The  main tale is about Aphra trying to sell Rur, the AI that believes itself to be a Jedi. Aphra gathers a number of prospective buyers of differing respectability and holds an auction.

During the auction, BT-1 and 000 decided they have had enough of following Aphra’s rules about killing people and manipulate the situation into an all out fight with Rur posessing a Droid and going on an all out rampage whilst also contacting Vader and telling him about the situation which leads to Aphra letting them leave her service and Black Krrrsantan taking the men who made him what he is and Aphra is left to dodge the Imperial Blockade after evading Vader who takes out Rur.

And in the end she still makes a boat-load of money.

It’s a very fun story, the action is well paced, the look we get at the galactic underworld is interesting and it’s all wrapped in a great package.

Doctor Aphra as a main character is great fun, her squiffy moral compass often leads her in the right direction by way of a few shady deals and more than a few angry mobsters and it’s well written and great fun.

Whilst I was hoping for more 000 and BT action here, they are hardly sidelined and it’s great fun seeing the mayhem they can cause, and now they have been set loose in the Galaxy I look forward to seeing what messes they get into… or make. 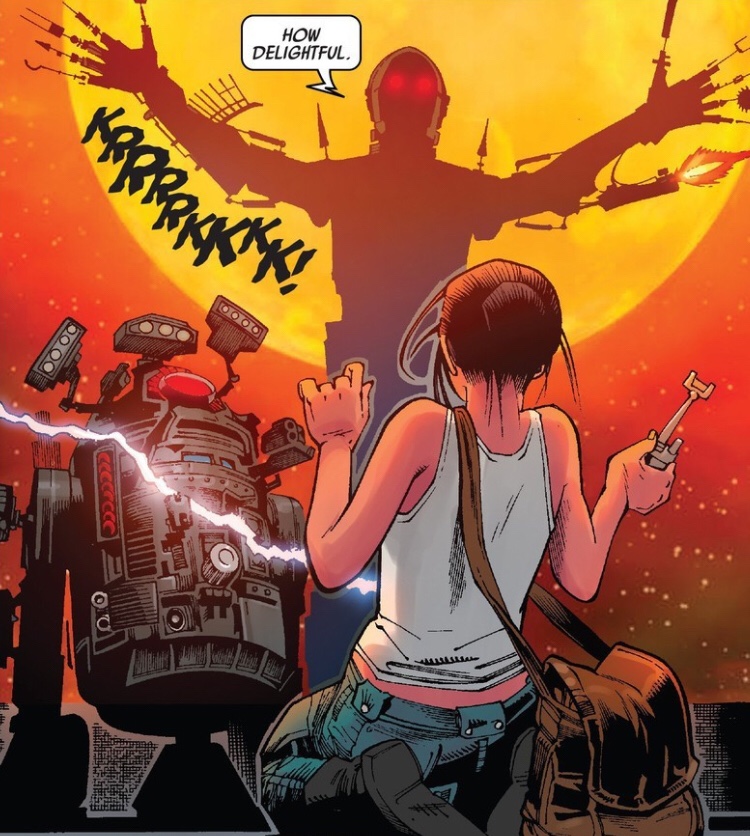 An amazing second part to what promises to be a fun series, it gives us a great look at what Indiana Jones would look like in Star Wars, and maybe a bit morally ambiguous of course, but still, she believes these artefacts belong in museums, even if she has to double/triple cross the original owners to make it happen (and get paid in the process).

If you would like to contribute to the upkeep of the blog please visit the Patreon Page HERE.