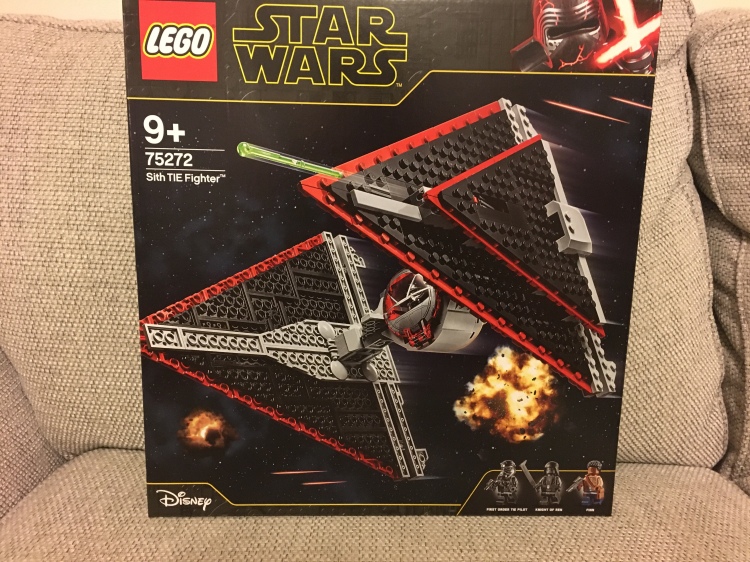 I’m not going to lie, I was really pleased when we found out about the TIE Dagger in ‘The Rise of Skywalker’, the design was originally developed for ‘The Force Awakens’ and can be seen in ‘The Art of The Force Awakens’ book in a space battle with the Millennium Falcon and the fact that they revisited it was a joy.

Sadly, they weren’t featured a great deal. Of course they are all over the place during The Battle of Exogol, but there’s not really many close shots of them, unlike the various TIE Fighter incarcerations in the Original Trilogy.

However, this doesn’t stop Lego from creating a nice looking set.

The Sith TIE Fighter (I can only assume that they hadn’t got the name TIE Dagger with all of the concept art that the set was based on) comes in three sections. Sections 2 and 3 have two bags and each of those will build one wing.

Bag 1 gives us the Cockpit and the stand on which the vehicle can be displayed. The stand is a decent height and just goes to show how large the wings will be.

The Cockpit follows a similar build to most TIE Fighter sets, although it has a smoother look all around. 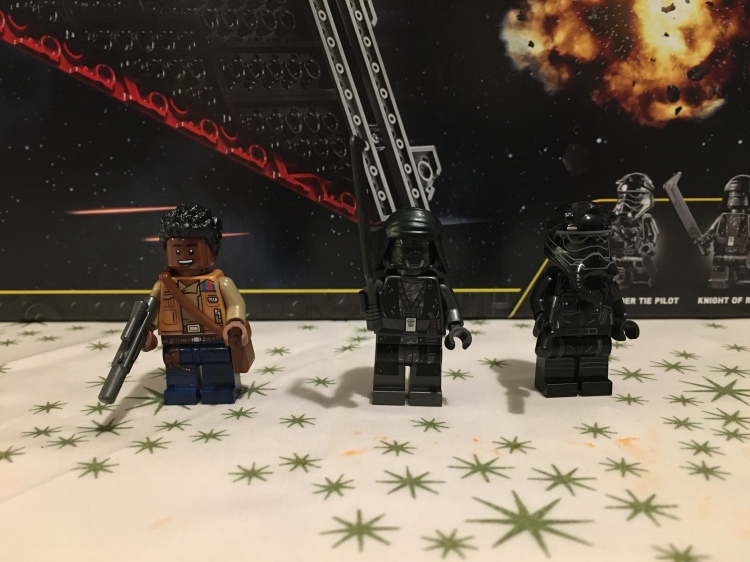 Bag 1 also gives us all three of the mini-figs for the set, Finn in his Resistance gear, a Knight of Ren (Trudgen) and a First Order TIE Pilot. The Finn and Trudgen mini-figs I get, but as this is part of the Sith Fleet, surely we should have gotten a Sith TIE Pilot. Even though we don’t see any in the film I have to wonder if they were designed, or even had costumes made but cut from the film. Of course, it would look strange without a pilot in the cockpit and of those materials weren’t available then they added a regular mini-fig that was easily produced.

Bags 2 and 3 build both of the Sith TIE Fighter’s wings.

Once fully put together, the Fighter looks very impressive. The red and black wings are striking and unlike most TIE Fighter sets, they don’t feel repetitive because of their look, although I did blitz the second wing once I knew what I was doing.

The missile firing mechanism is nicely disguised and doesn’t interfere with the wing design either which is good. 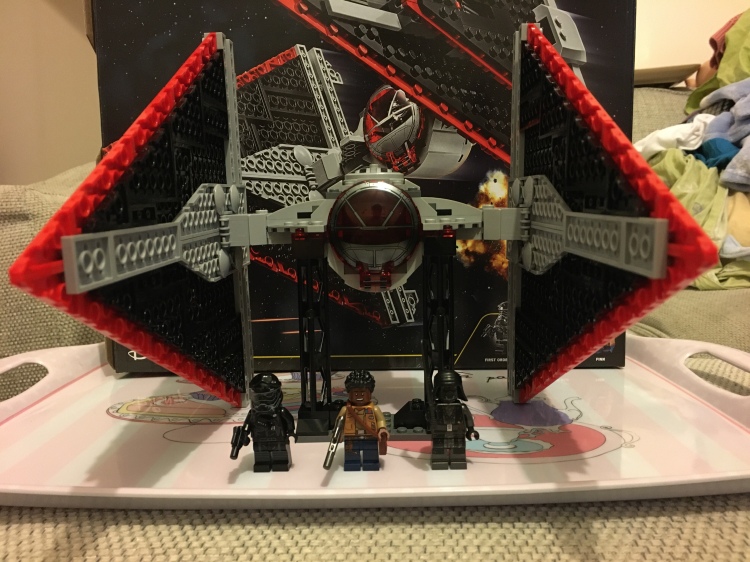 On the stand, this set looks brilliant, it fits onto the ship very easily and makes displaying the set very easy. I currently have it on display with Obi-Wan’s Hut open between the wings and it doesn’t get in the way of the cockpit. A much easier option than finding somewhere to hang it.

Overall, a great looking set, a great representation of the onscreen version and a really good mix of mini-figs.