Over a year ago, I did a review of the AT-ST Lego set released in the first wave of sets from ‘Rogue One: A Star Wars Story’. Then this year on ‘Triple a Force Friday’, we got a new Lego AT-ST which has new colours and mini-figs from the upcoming (tomorrow) ‘The Mandalorian’ on Disney+. 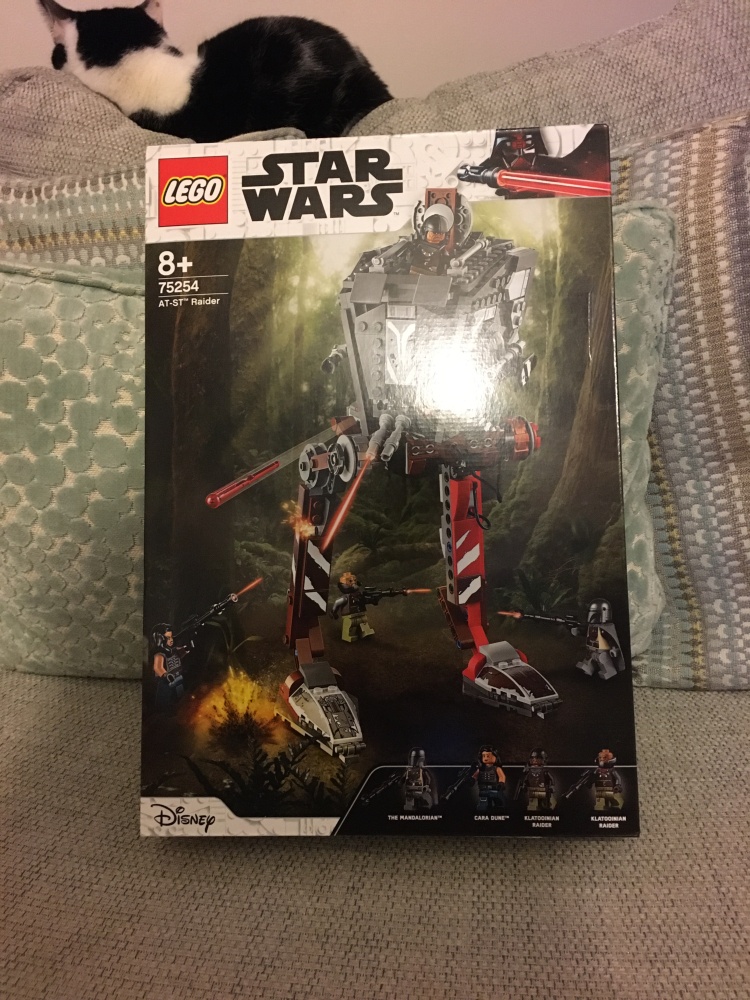 At first I was reluctant to pick this one up, especially at full price (it’s £49.99 for 540 pieces so it’s a pretty good price) seeing as at first glance it looks just the same as the ‘Rogue One’ version with a paint job and new characters. But then I started thinking about it (dangerous, I know) and decided to throw caution to the wind and at the next chance I got a I would get it.

So a successful Lego Store trip later I came away with the ‘AT-ST Raider’ and the Resistance ‘Y-Wing’ sets.

The Box contains four numbered bags, the sticker sheet and the instructions. At four bags I have a feeling it will be similar I size to the previous version but at this point I have given up thinking about it that way.

Bag 1 builds the ‘body’ of the AT-ST, including the head rotation mechanism, the support struts for the legs to attach to and a great deal of detail for a rather small section, with some fantastic design at the rear of this part it looks absolutely fantastic.

This Bag also, when it comes to the mini-figs, cuts right to the chase and gives us The Mandalorian with his rifle that we have seen him wielding in the trailer and in some images.

He is nicely designed with printed details and a fabric cape. The head under the helmet is solid black so no sneak peaks at what is behind that T shaped visor.

Bag 2 builds the lower portion of the front and back of the Walker’s head as well as the main blasters and seat for the driver.

The outer parts so far look good and have added sticker details. We also have the firing mechanisms for both flick missile launchers which are the same (or at least very similar) to the ‘Rogue One’ version. 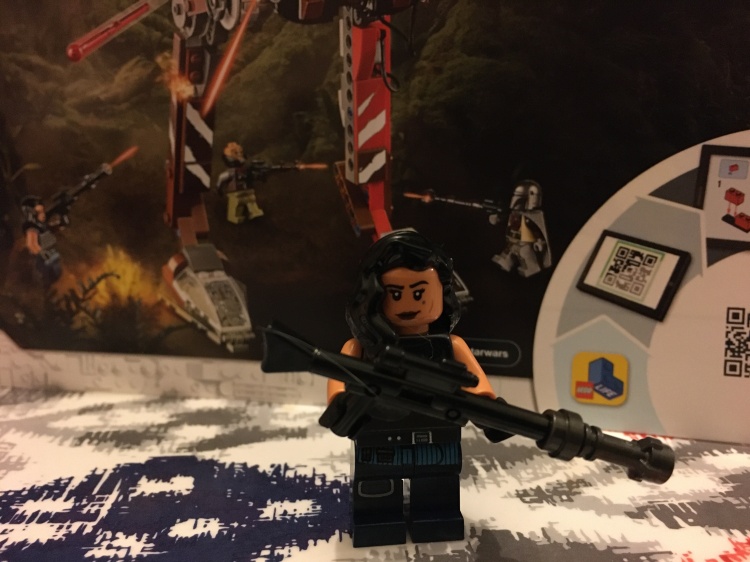 In Bag 2 we also get the Cara Dune mini-fig. A former Rebellion Shock Trooper, Cara ends up crossing paths with The Mandalorian in the course of the series. She comes with a mean looking blaster (a long rifle with a lightsaber hilt on the end) and a fairly accurate (based on what little we have actually seen of her) costume design.

Bag 3 let’s the set stand on its own two feet. Yes it’s the legs. I can’t really say much about them other than at least there are a couple of differences between the two with small details that they don’t feel too ‘samey’ but honestly, it’s very much a repeat process.

Bag 4 finishes off the set by completing the cockpit by adding the sides and roof., the two sides are identical except for the weapons and are decent builds and the roof is nicely constructed, with an opening hatch that a mini-fig can stick out of.

We also get the two Klatooinian Raider mini-figs which thankfully have different costume designs which adds some variety.

Whilst it’s a good build with some fun colours and great mini-figs it is essentially a colourful version of the 2016 version with some extra pieces to add new design elements. Based on images from ‘The Mandalorian’ series this looks pretty accurate with its designs but my opinion would be to modify the existing AT-ST set if you’re not fussed about getting mini-figs, or wait for the inevitable price-drop on Amazon, despite the really good price/piece ratio.

I do t want to come off all gloomy about this set, I did enjoy building it and it looks great but I think I had higher expectations for it, maybe so thought it would be bigger than the previous version, I don’t know but at the end of the day I would have still bought it.