Lego’s big May the Fourth set this year was announced at Celebration Chicago, the large scale (but not UCS) Tantive IV and damn, did it look good!

It became one of those sets I craved, and not only for the Bail Organa mini-fig (but Lego Jimmy Smith, hells yeah), and as I had just started my extra job, I figured that once I had paid back debts I would pick this up.

Believe me when I say this box is huge! I mean just look at it, it barely fits in the chair!

Inside the box we have 13 numbered bags containing 1764 parts, four loose semi-cones that make up the cockpit (and bring the piece count up to 1768), a sticker sheet and instruction booklet that feels like a middle-grade novel. The booklet contains some pages about the design of the build as well. 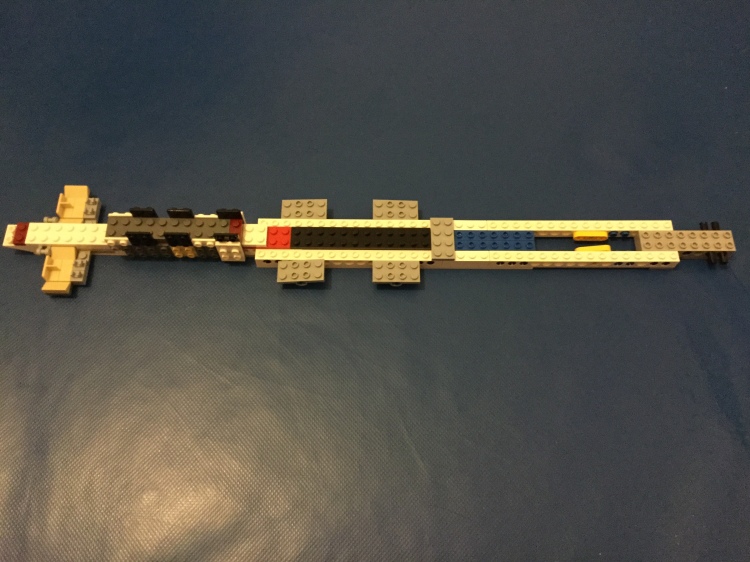 Bag 1 contains the structure for the middle of the ship as well as the cockpit interior. It’s mostly Technic beams, pins and plates. 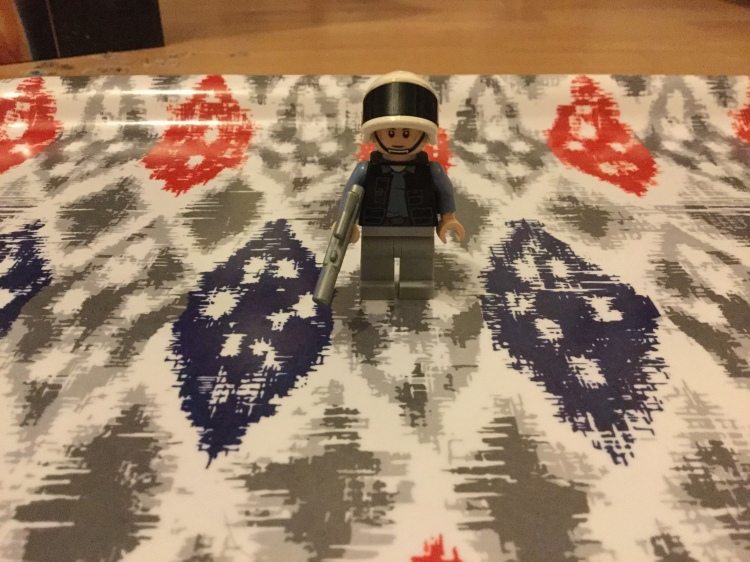 We also get the Rebel Trooper with the big helmet as we saw in the opening battle of ‘A New Hope’. He comes with a double sided head and the visor on top is actually a motor-bike helmet visor that clips on top which I thought was a pretty innovative design that adds that little bit more detail. 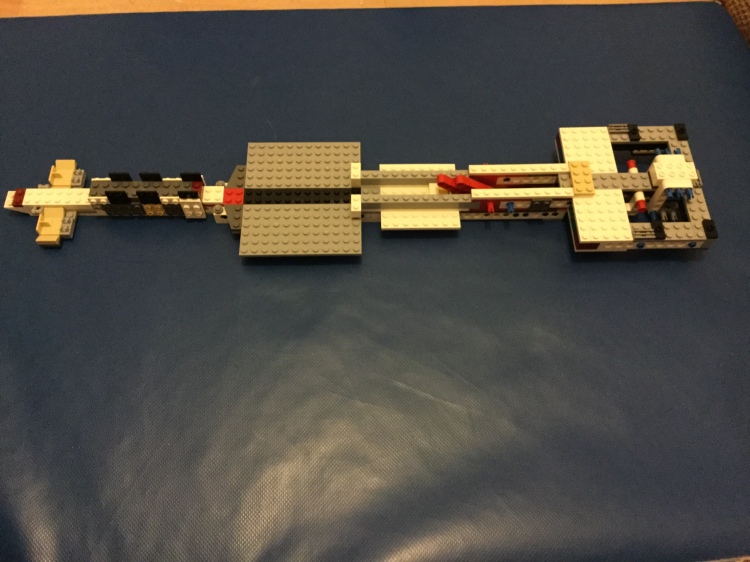 Bag 2 bulks out the middle of the ship and adds some walls to the rear of the corridor section, but the big addition is the rear of the set that will act as the base for the 11 massive engines.

Bag 3 adds details to the middle section, including some small exterior details as well as the conference room with holo-table and the large desk.

Bag 3 also includes Leia who comes with the double sided face and two options for her legs, you get the choice of regular printed legs or the new mould for skirts which we got with the Praetorian Guards and Moloch last year. Having never had a Leia mini-fig before this year I’m feeling spoilt now that I have three.

Bag 4 adds detail to the underside of the ship. The lower portions of the hull in the middle are added on as well as the sensor array near the back, walls on the sides of the front of the ship and the turbo-laser, which until the night before writing this I had put in the wrong place. Oops! We also get the spring loaded missile launchers and firing mechanism.

Bag 5 adds more detail to the hull and starts the process of building the engines, this is the bottom row that has been started here.

Bag 6 adds the two outer engines for the bottom row and they just look so cool!

Bag 7 returns the main body of the ship. A small roof is added at the rear end corridor but the big changes happen behind the cockpit. The walls on either side of the corridor are built up and lead into the top turbo-laser battery which also has the two stud-launchers (it was also at this point where I realised I had put the bottom one in the wrong place).

The first half of the build starts pretty normally for a larger set, basically building the skeleton of the build, but over the last three or four bags the ship really starts to take shape with the hull and engines.

The first three mini-figs are decent, with Leia and Bail being the two I was most excited to get and here they are in all their glory and they look good. 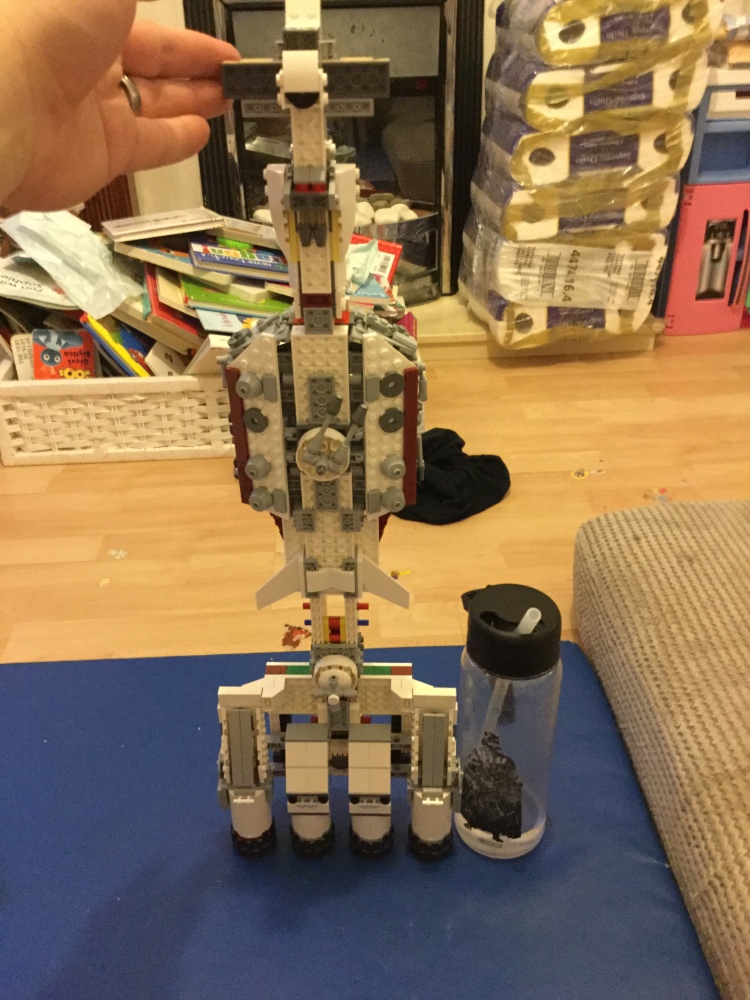 I would like to take a moment to show off the size of the build, stood next to my water bottle which is pretty standard sized. And I know that the turbo-laser is in the wrong place. I have moved it to correct the issue.

Check back soon for Part 2 of the Tantive IV build.