WARNING!!! THERE ARE POTENTIAL SPOILERS FOR THE RISE OF SKYWALKER IN THIS POST! READ AT YOUR OWN RISK!!!

Listening to the latest episode of THE BAD MOTIVATORS Podcast, they revealed that a few pictures of Lego mini-figs from ‘The Rise of Skywalker’ had leaked online so I did a quick google search and found them, I found them on WEGOTTHISCOVERED.COM but further research has confirmed that these are legit. 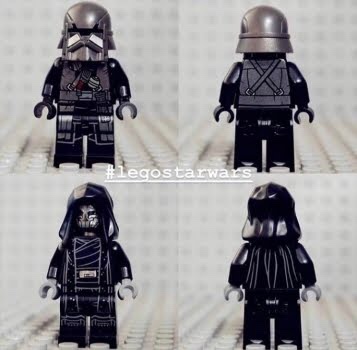 These two look very similar to some of the images we have seen of the Knights of Ren, so I’m making an educated guess here. The two characters look very different with different details printed on them. The first obvious difference is their heads. The top one has a detailed helmet whilst the lower one has a printed head with a hood, much like Kylo Ren from the 2015 set ‘Kylo Ren’s Command Shuttle’.

I hope we get all of the Knights of Ren in Lego form with their individual weapons, even if we have to get some in Battle Packs, I would love to display them all together with Kylo. 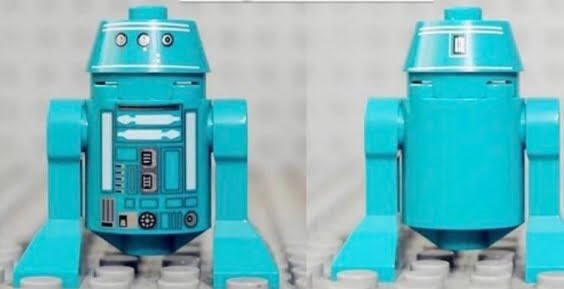 Not much to say about this one, it looks to be a repainted R5 Droid which looks pretty cool in aquamarine. From what I can determine based on the leaked list of ‘The Rise of Skywalker’ sets from last month (check them out HERE) this Droid will most likely appear in the Y-Wing set.

The mysterious Zorri Bliss, played by Keri Russell. Not much is known about the character except she looks cool and spends time on the planet Kajimi. It’s not k own whether she will take her helmet off, but it looks like the mini-fig has a printed black head with now details. At this point I have no idea what set she will come with.

Another film, another trooper. I had a look at the new ‘Mountain Trooper’ Black Series figure from Galaxy’s Edge and they look nothing alike. So what could they be? Maybe they have something to do with that speeder chase we saw in the trailer? Who knows? Well, J.J. Abrams does.