Because I didn’t get into Lego until late 2015 I missed out on the initial wave of Rebels sets that came out, including The Ghost and Phantom I, which have both since been retired and cost a fortune on the secondary market, I’m eagerly waiting for a reissue or updated version of both sets.

But that didn’t stop me from buying a few Rebels themed sets since then, the first being the two-Pack of Vader’s TIE Advanced Fighter and A-Wing Star Fighter, then the micro-fighter version of The Ghost and finally, the Phantom II.

To place it in context within the series, after Ezra messes up a mission the original Phantom was destroyed and later on in Season 3, on a planet that was still controlled by Separatist Battle Droids, our heroes take a Trade Federation shuttle to escape and then give it a Sabine Wren makeover. 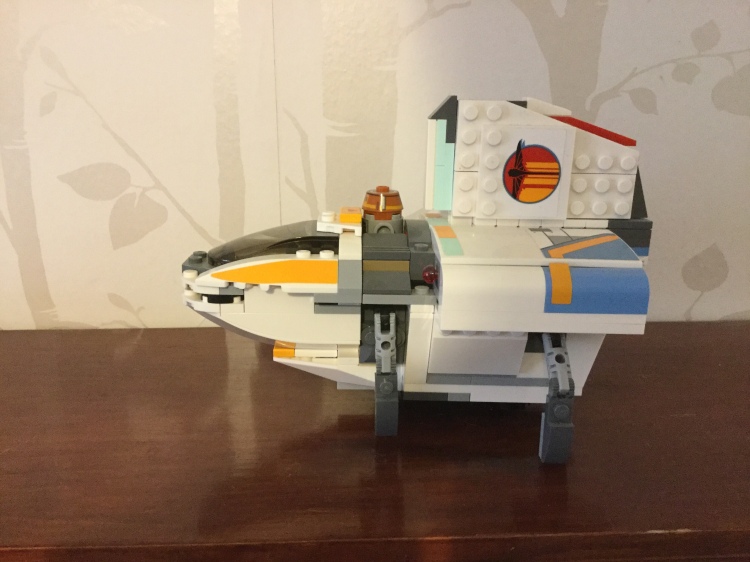 The set is average size for the piece count. The build itself is very interesting and fun to build based on its odd shape, it lends itself to a Lego builder looking for something a bit different. But that doesn’t warrant a price tag of nearly twice what other sets of its size. 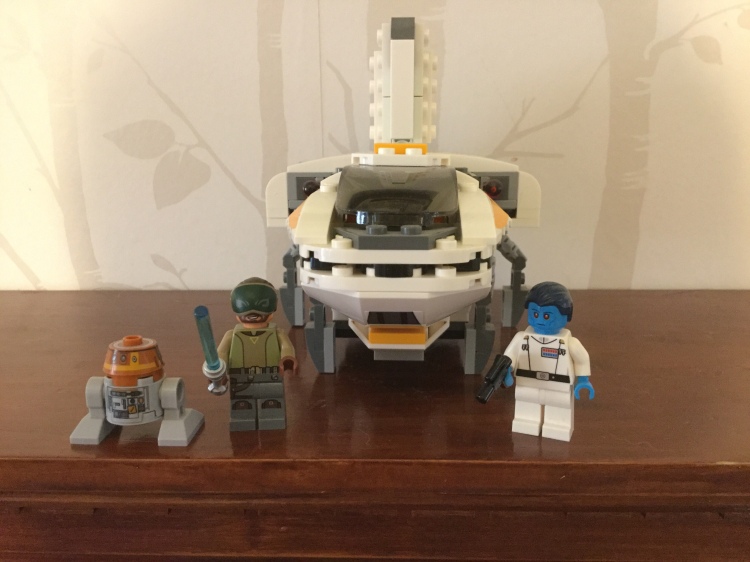 Why did it cost so much? I can think of two possible reasons, the one most likely is the pale blue bricks the set uses. These, as far as I can tell are not widely used and bespoke bricks like this warrant a higher price tag to cover the costs of production. Other bespoke pieces that come with this set is Kanan’s head-piece which has his Season 3 mask and ponytail. The second reason is the fact that this is the one and only set that has ever included a Grand Admiral Thrawn mini-fig. 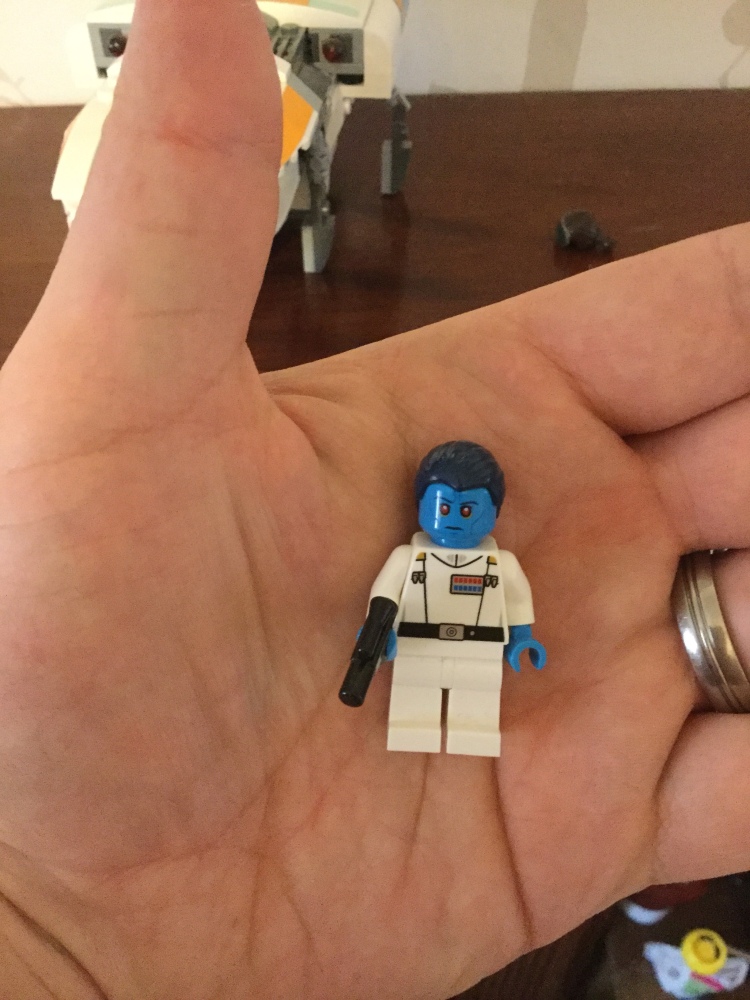 Don’t get me wrong, it’s a great mini-fig, even if his rank-insignia is wrong (its Lego, who cares?). 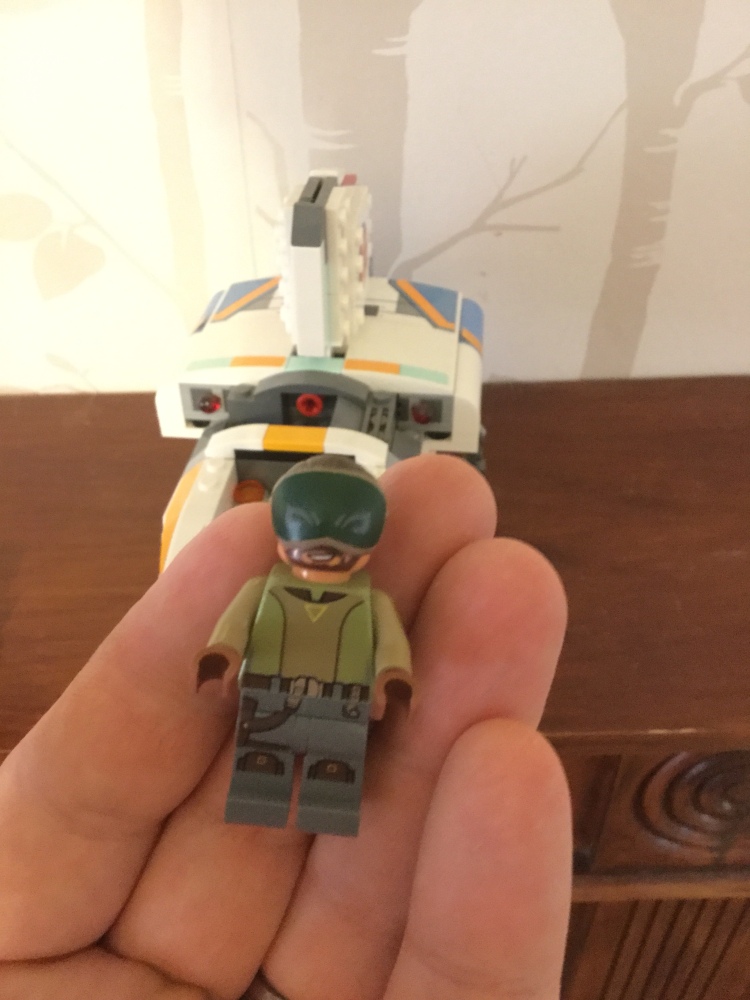 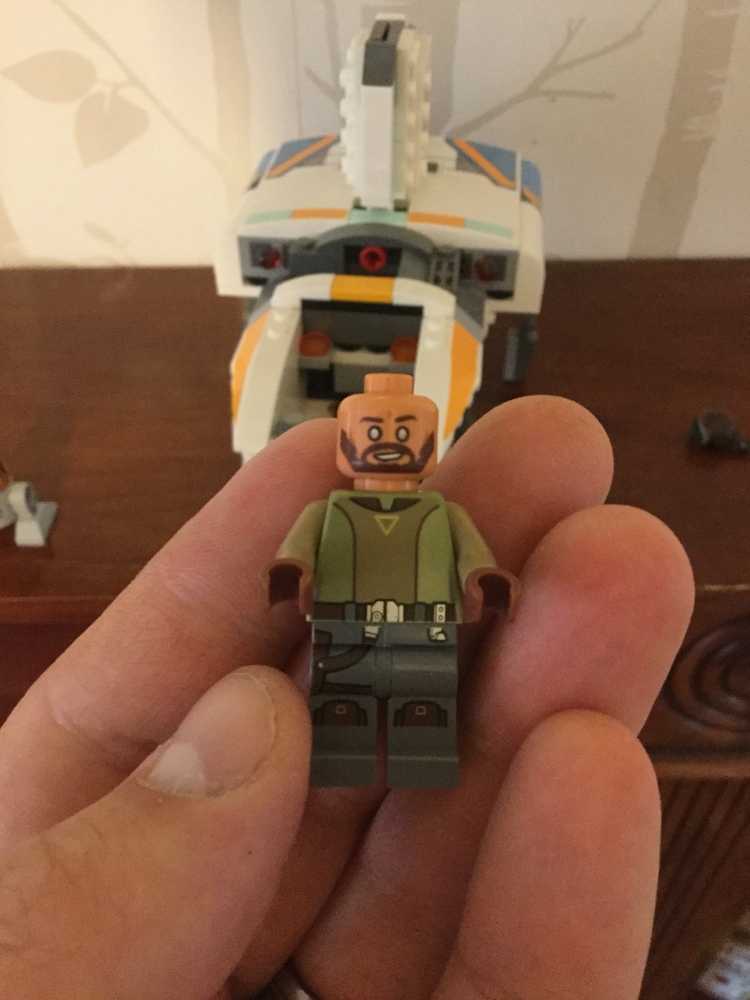 This Kanan is completely new from the body up. The detail in the eyes under the mask is great. And of course we also get Chopper who hasn’t changed since the first iteration of the figure in 2014.

The rear of the ship lowers as a ramp and it comes with a cargo crate. Inside you can put spare blasters and the set comes with two printed Thermal Detonators. 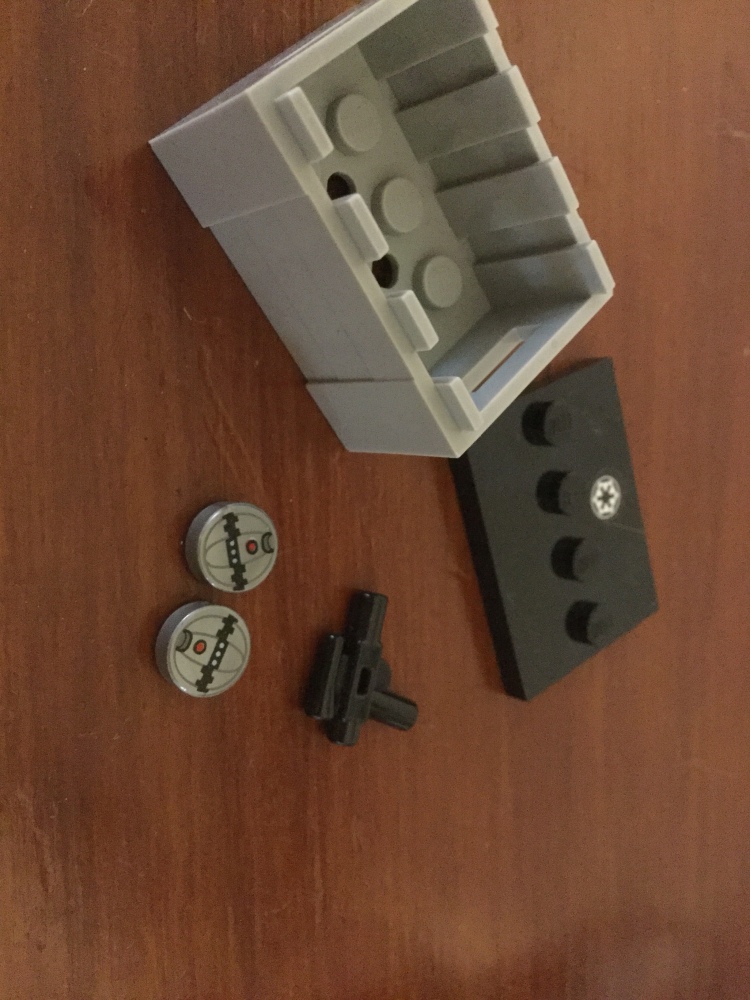 The canopy detached to fit a pilot mini-fig and Chopper (or other Astromech Droid figure) slots in behind the cockpit. 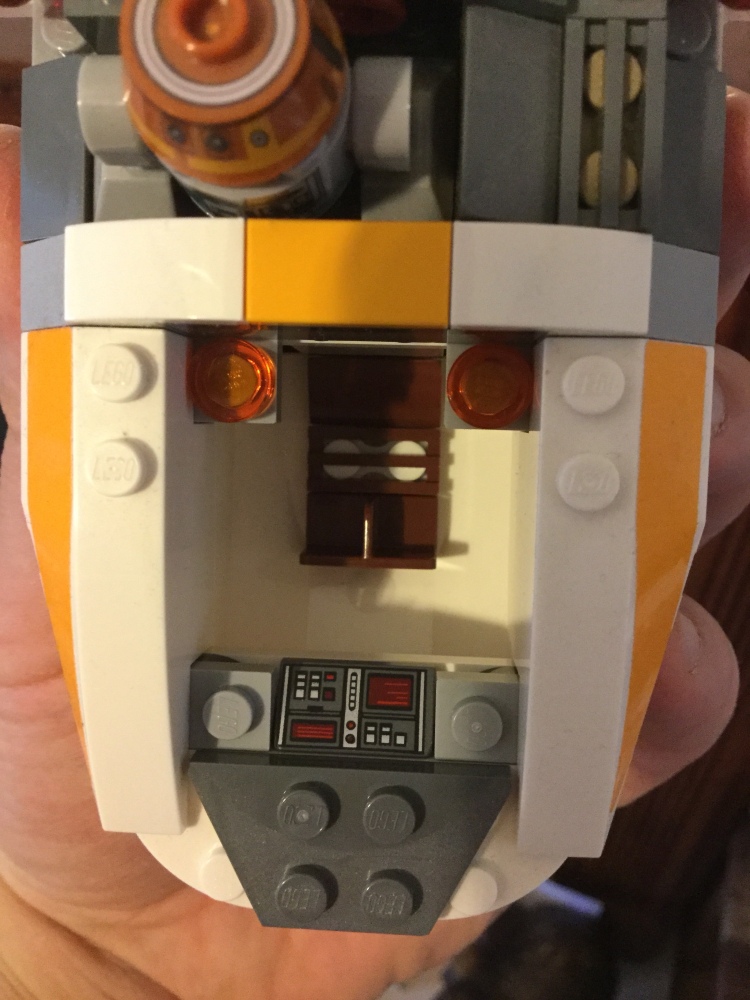 The legs/landing gears are pose-able to recreate the look of the ship when in flight and it has two projectile launchers that are well concealed and triggered by using the yellow lever above the rear access ramp.

This set had quite a few stickers, but they all add much needed detail to the build to make it look screen-accurate, it does have one major flaw with its screen-accuracy which is size. In the series, Phantom II’s cockpit can hold a pilot and co-pilot and the rear hold has room for passengers, not just cargo. But why let that get in the way of a great little build which is a great size for both display and play.

My only issue with this set has only ever been the price. Even with the reasons I gave earlier in mind I still think it is massively overpriced. Take the Ahch-To Training set, a similar piece count has an RRP of £25.99, given the bespoke pieces on Phantom II, I would been more comfortable paying £29.99 for it. Alas, as I got it at the then-recently opened Lego Store in Leicester Square I didn’t think much of the price, I was in London after all.